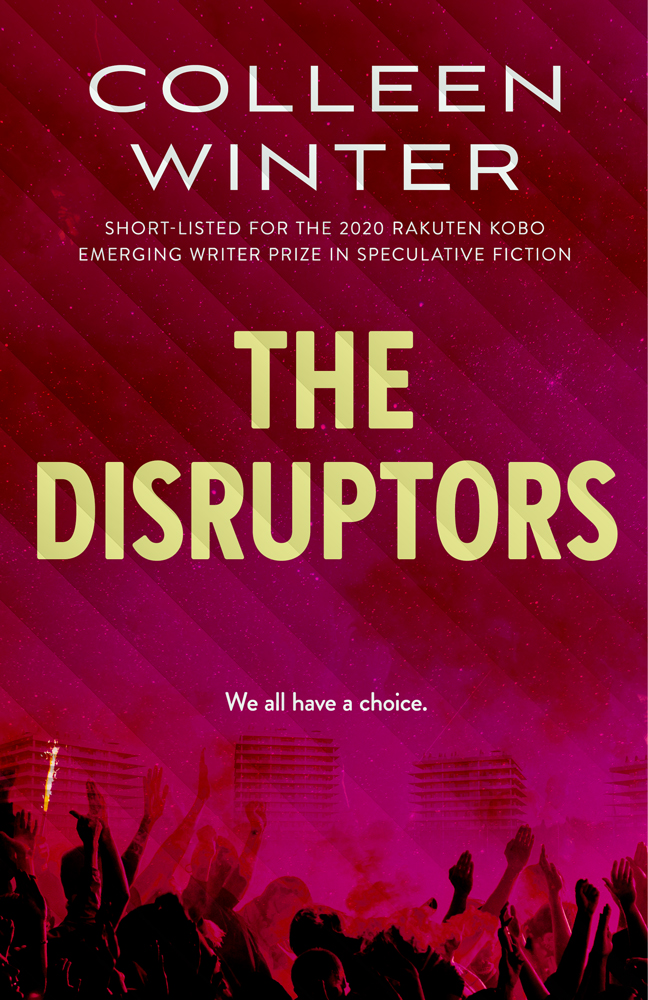 The second book of The Gatherer series,  THE DISRUPTORS,  launched in July of 2021!

Maria Kowalski made a promise to do what Storm Freeman, the inventor of the Gatherer, couldn’t. Destroy the device that brought an energy revolution to the world and stop it from spreading a plague across the globe.

But not everyone wants the Gatherer stopped. The military, and the commander she once answered to, are experimenting on the Gatherer to turn it into something larger and more dangerous than it was ever intended.

In a race where she will have to choose who to trust and betray those she once stood beside, she sets out to destroy the Gatherer before it has a chance to destroy them all.

Praise for The Gatherer:

“The Gatherer by Colleen Winter is my favorite kind of Crichton-esque thriller: smart, compelling, and beautifully written; a fascinating story in which a talented scientist has to save the world from the Frankenstein monster she herself created before falling victim to the power she has inadvertently unleashed. Convincingly realistic and endlessly surprising, readers won’t be able to stop turning the pages!” – Karen Dionne, #1 internationally bestselling author of The Marsh King’s Daughter“

Menacing and memorable. Winter’s evocative prose takes readers on an unforgettable journey into the wilderness, delving into our unhealthy dependence on energy. Be careful what you wish for—the coveted cure might actually be a lethal poison. Can the inventor contain her invention? No hero needs to save these two female warriors in The Gatherer. Loved this book.“  –K.J. Howe, International Bestselling Author of Skyjack